A note about macOS version 12 (aka Monterey)

We’ve been testing Stitchmastery on the beta version of the newest operating system on Mac, version 12 or Monterey, which is due to be released sometime this autumn.

The only issue we have found is that some of our dialog tabs aren’t visible when they are selected. They still function, but until you click on another tab, you can’t see the writing of the selected one. In the screenshot below, the white rectangle which is circled should have text reading Chart Properties. 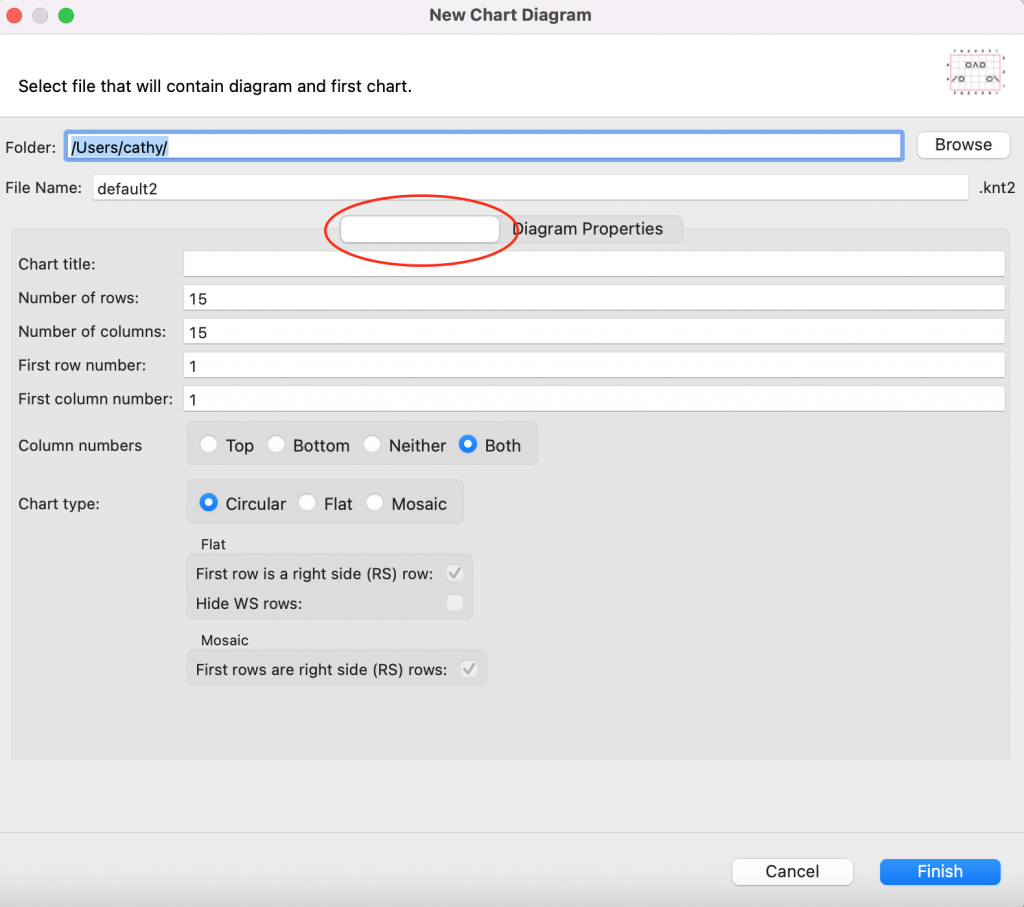 If you’re familiar with Stitchmastery, this might not be a major issue but of course it will be discombobulating to newer users. We’re working on a Stitchmastery update and will try to include a fix for this, but macOS users may prefer to postpone updating your operating system until this is ready.

This page details how to turn off automatic updates so that you don’t get updated to Monterey as soon as it is announced: https://support.apple.com/en-gb/HT202180.