When knitters encounter their first chart, there’s usually a bit of a learning curve, and often a fair bit of consternation.

When I teach classes on this, the question I always get is the entirely-reasonable “WHAT DO YOU MEAN THE SYMBOLS CHANGE MEANING?”.

Perfectly fair! This seems like an absurd thing to do.

And it’s not just knitters who have this question – designers often wonder, too.

I thought it was worthwhile to go back to the beginning, to talk about why charts are the way they are, since this is the foundation on which the software is built.

A chart is, simply, a picture of the right side of your work. It’s a view of the pattern stitch from that one side.

So then, in the simplest possible example, a section of stocking stitch is a ‘plain’ chart: 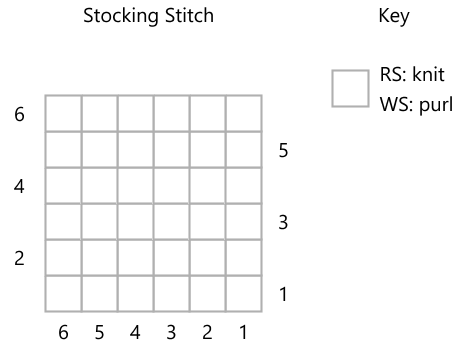 A smooth chart for a smooth fabric, if you will. 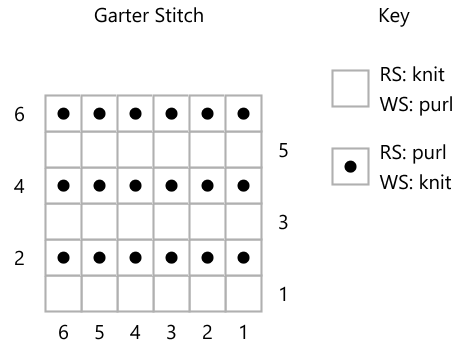 It’s done this way so that even if you’re not naturally a charts-reader, you can use it as a tool to check your work. After all, when confronted with a set of long instructions like this, you honestly have no sense of what the end result is going to look like….

I find that sometimes it’s easier to read charts if you don’t (initially) look at the legend. The legend ends up causing some confusion, particularly because in the second case, there’s extra information you don’t need. For the garter stitch chart, the WS definition for the empty square, and the RS definition for the purl dot appear, potentially confusing things further.

This version is simpler, especially to a chart-novice’s eye. 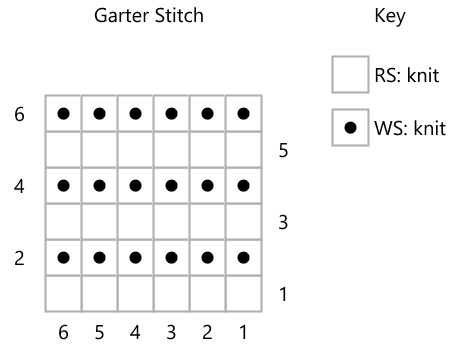 Although again, this usually prompts another fairly reasonable and related question: “why can’t you just use the same symbol for the knit stitch?” And in the time-honoured tradition of parents answering children’s questions, I’m tempted to respond, “it just is, and it will make more sense when you’re older.” Not entirely fair, perhaps, but true!

The key is to focus on the chart and what you’re seeing, rather than starting by trying to read the legend. 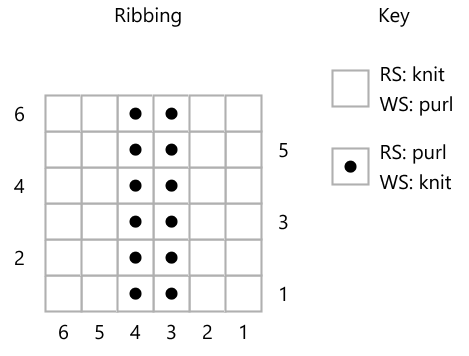 But if you try to chart this with the stitches “as written”, you’d end up with a nonsensical mess: 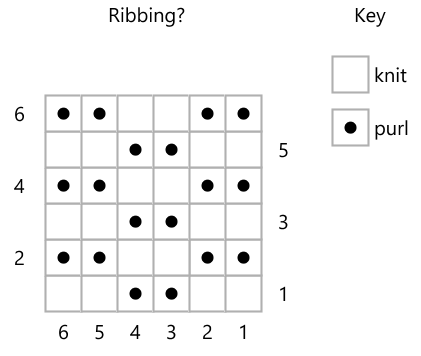 It’s not wrong, but it immediately removes the benefit of providing a visual check of what you’re doing.

So yes, although at first blush the standard convention seems a bit silly, it’s actually helpful to do it that way.

And the direction you read the rows is important, too. You read the chart in the direction you knit: Right to Left on right-side rows, and Left to Right on wrong-side rows. Again, it’s all for the same reason: so that the stitches line up and you can read the pattern and the fabric. It’s also an extra clue to make sure you’re reading it properly!

How A Designer Can Help A Newer Chart Reader
Two key things:

And if it’s worked in the round, all the row numbers go on the right-hand side.

And remove definitions that aren’t required. If a stitch isn’t being used on the WS, then that definition just doesn’t need to appear. Compare these two legends: 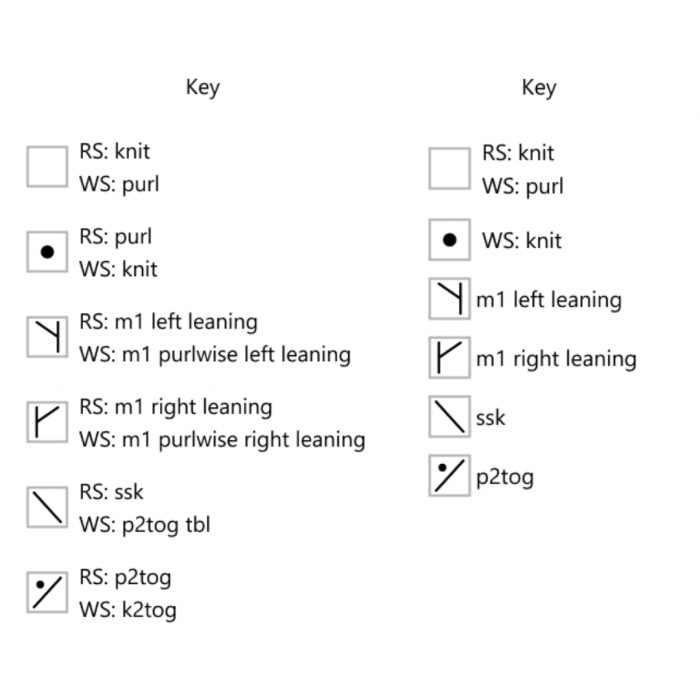 The ease with which you can edit the legend in Stitchmastery is massively helpful here.

(A small sidenote: in this second example, I’ve removed the RS: indicator – that’s more of a personal choice.)

If you’re a designer, see also this post https://www.stitchmastery.com/the-other-side-guest-post-by-kate-atherley/ for strategies for dealing specifically for pattern stitches worked in garter stitch, with both sides as knits.