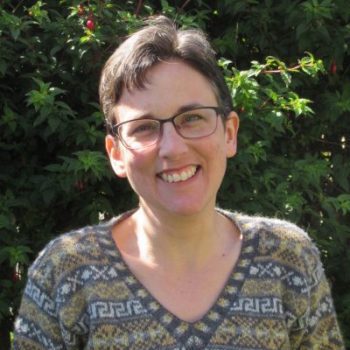 
1) When did you start designing and tech editing? Could you give us a potted history of your knitty background?
I learnt to knit very badly when I was a child and picked it up again as an adult. However, my first love was sewing and dressmaking, and I didn’t take to knitting in a big way until I moved to Shetland in 2010. It was when I took a local class in Fair Isle knitting that I really fell in love with the hobby. I loved the freedom to experiment with patterns and colours which Fair Isle knitting gave me. I fell into design almost by accident. I shared a hat I had knitted for my husband on Ravelry and had a few people asking me if I could produce a pattern for it. At that point I had no idea how, but it got me thinking. I read books on knitting and design, searched the designers’ forum on Ravelry for information on knitting design and pattern writing, and took a Craftsy class on grading. When Kate Heppell posted a call for submissions for Knit Now magazine on the designers’ forum, I decided to give it a shot. At the time I treated it as an exercise in designing to a brief and going through the process of producing a submission, so I was very pleasantly surprised when I was commissioned for both my submissions. It was quite a steep learning curve but my first two patterns, Shona Cowl and Helter Skelter hat and mitts, were published in Knit Now magazine in October and November 2013, and my Helter Skelter hat and mitts even made the cover. Since then I have designed several more patterns for Knit Now magazine as well as some self-published patterns. 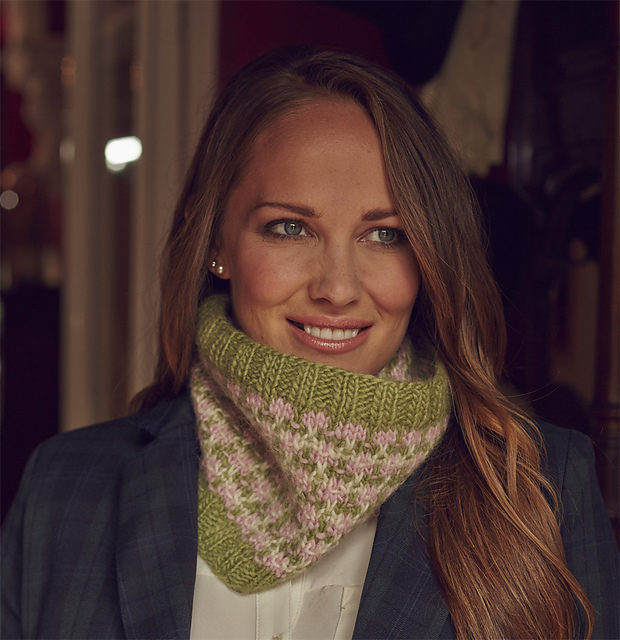 2) Do you have any recurring sources of inspiration or unusual muses?
My sources of inspiration are varied and often random. I’m often inspired by the colours around me. For example my Rocky Shores jumper was inspired by the yellow and white lichen on the dark grey rocks of the shoreline which I spotted taking my dog for a walk, and my Helter Skelter Hat was inspired by a particularly bright bouquet of flowers I was given for my birthday. As most of my patterns have been for Knit Now, it’s usually Kate Heppell’s mood boards which provide the first spark of an idea. If I didn’t know better, I would swear that Kate deliberately puts something in each call for submissions which she knows will tempt me. 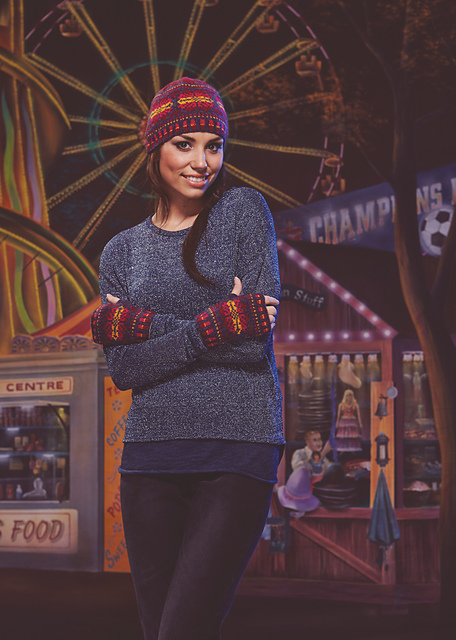 3) When you have an idea, do you always work to a set workflow (eg swatch-knit-chart / chart first then knit) or does your approach change with each design?
For me, design is like a mystery journey. I have a tendency to start the journey with an idea in my head but in the process of sketching and swatching, with all the small changes and tweaks which happen along the way, I usually end up with something quite different to what I imagined at the start. For example, my Lovebirds cushion started out as a folk art inspired child’s bonnet in primary colours, but the birds were too large for a bonnet and I liked them more than I liked the idea of a bonnet. Having said that, I do tend to stick to the same process. I tend to start the process by just mulling things over in my head, while I’m doing other things. Once I have a few ideas in my head, I usually move on to sketching. I usually do this on a pad of graph paper as this helps me start to think about how my sketching would translate to stitches. Once I’ve got a few ideas for patterns, I start charting properly on Stitchmastery. From then on, it’s a matter of charting, swatching, charting and swatching until I’m happy with the design. Once that is done, I like to move onto grading and pattern writing as I prefer to knit the sample from a fully written pattern in order to make sure the pattern works as it is written.
4) What made you choose to use Stitchmastery? Is there a particular feature you use most regularly or couldn’t do without? And is there anything you wish Stitchmastery could do?
The main reason I chose Stitchmastery was because Knit Now magazine uses Stitchmastery for their patterns and as I wanted to approach design as professionally as possible, I wanted to be able to give them the Stitchmastery files with the pattern documents. As I mostly design stranded colourwork, I only use a small fraction of the capabilities of Stitchmastery. For me, the most useful features of Stitchmastery are the ability to fully customize the colour palette and to be able to copy and paste sections. This means I have a fairly good idea of how a design is going to look before I start to swatch and it’s much quicker to chart on Stitchmastery than it is with coloured pencils and graph paper. If I could have anything on my wish list, it would be the ability to see the sections of pattern which you are about to paste and the ability to rotate or mirror those sections before you actually paste them as this would make it easier to line up sections of pattern. 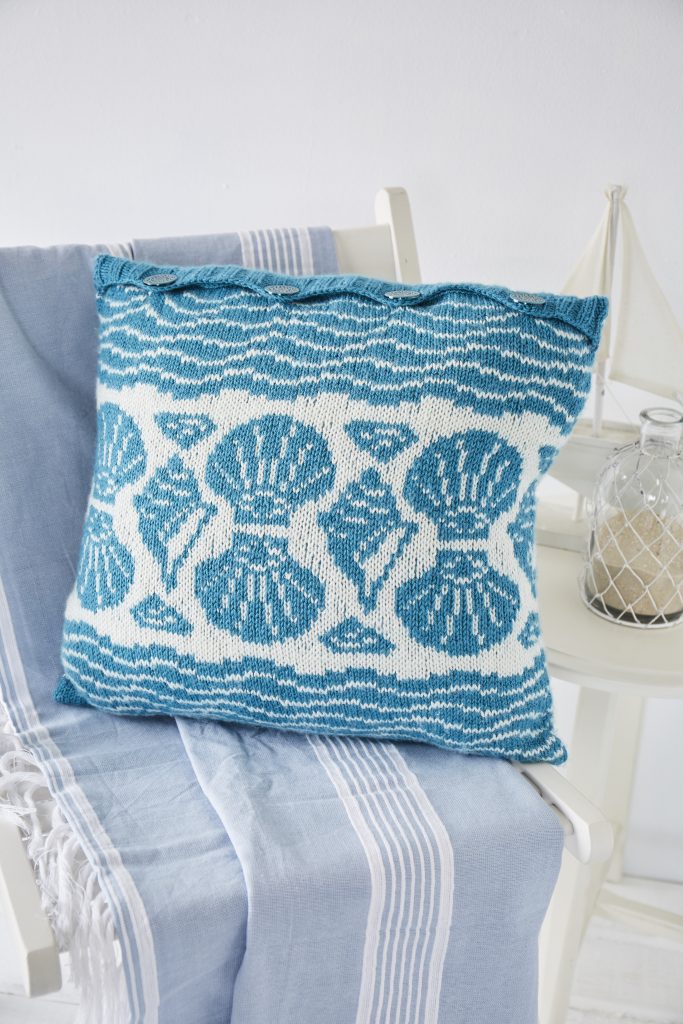 5) Please tell us about your latest publication or next exciting project!
I have a pattern in issue 104 of Knit Now magazine, which is due in shops from Thursday 27th June. The pattern is Conchology Cushion. The theme for this issue was day-tripping and my inspiration came from the traditional seaside activity of shell collecting. I have a further two patterns due to be published soon in Knit Now and several ideas to work on that I’ve had on the backburner for some time for self-published patterns. As usual I have far more ideas in my head than I actually have time to see through.
You can find Claire on Instagram as @claireneicho and her designs are available on Ravelry at https://www.ravelry.com/designers/claire-neicho