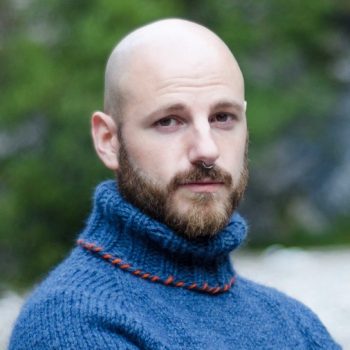 When I finished my studies in Jerusalem I returned home, to Italy, and I took a year off just for myself. In that period I had a lot a free time and I picked up my needles and started knitting again. This was happening more or less 5 years ago (I used to play with needles and yarn when I was a kid, but that was yonks ago!). After a while, I wanted to challenge myself trying to design my own sweaters, and I designed and knitted “Prismatic Dusk”, a yoked sweater I really like and I’m really fond of. It was all very new for me because I had no background in fashion that could help me master all the designing aspects. I literally had to start from scratch and study alone from books and magazines. Working other designers’ patterns helped a lot, too. 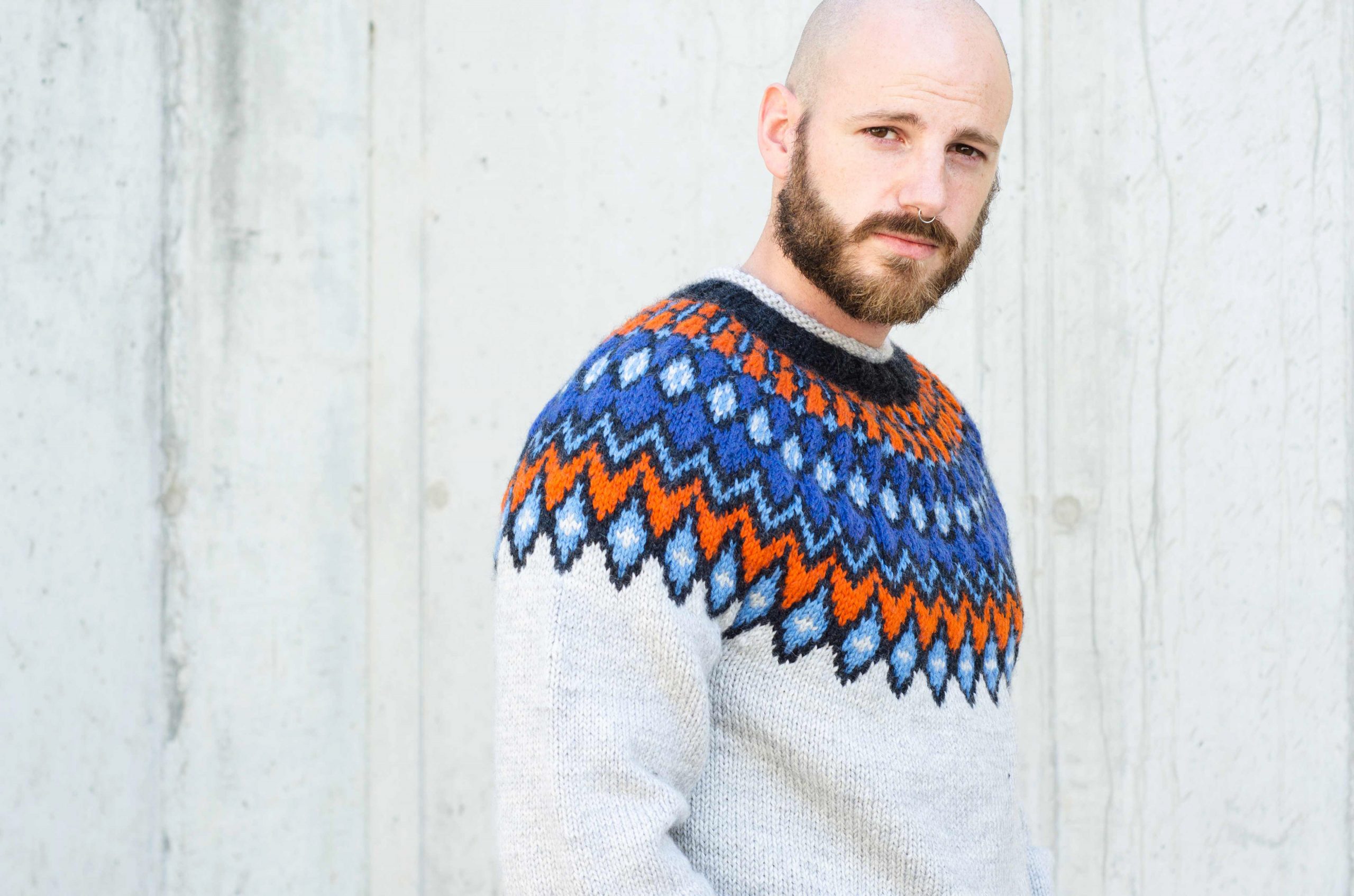 When I was first contacted by the UK magazine “The Knitter” I was beyond chuffed – like a puppy with two tails, my mum would say! – but I was also a little scared because, you know… I really had no idea how submissions and collaborations like these could work and what they could expect from me, but eventually everything worked out just fine.

Two year ago I won a scholarship to attend a master in Rome in Creative Knitwear Design and that was an incredible experience through which I learned a lot more about textiles, fibres, and knitwear in different but interesting ways. That has allowed to work for United Colours of Benetton as knitwear designer and that helped me beyond words understanding more in depth the world of knitwear, either by hand or by machine.

2) Do you have any recurring sources of inspiration or unusual muses for your design work?
Uhm… I tend to be a little impulsive. That means that when I like something, a subject or simply an idea comes up to my head, I jot it down first, and then create it as soon as I have some free time. Of course, the fashion world is indeed always a relevant influence and inspiration, but that must only be a help to put in motion one’s ideas. The creative process is always somehow a flow that emerges from something you see/touch and then goes its own path. You just need to follow it. I also believe that “inspiration” itself doesn’t come along out of the blue. It’s very important to look around and be curious! That’s because everything can be an inspiration – it does sounds corny, I know, but it’s true. Colours are everywhere, in nature and in the city, and so are shapes. I think that sometimes, walking with the nose in the air (in the good way, not in the posh way) would definitely help all of us seeing things we often miss out due to our rush and routine.

Glitch by Dario Tubiana, published in The Knitter Issue 142

3) When you have an idea, do you always work to a set workflow (eg swatch-knit-chart / chart first then knit) or does your approach change with each design?
Unfortunately, I am not a tidy person and therefore I am not as organized as I wish. Being organized would probably help me working to a set workflow, but I’m just not. Each sweater or project has had its own individual way. There is the sketching part, which usually happens before everything, and that part is more or less similar for every project, but beside that I approach each design differently depending on the type of garment, the yarn I’m using, the project itself and, obviously, the deadline! Lol! That is a big part of designing and affects the workflow a lot. However, I have to say that so far they have always been very flexible so it’s never been a problem, but sometimes you find yourself with a lot of work to do – something like 10/12 sweaters to knit and of which you have to write the pattern also — and therefore you realize that a set workflow for each sweater is difficult to follow. I usually try to make everything match timewise, trying to overlap the least I can. I am not really good at being on more than one project at a time!
4) What made you choose to use Stitchmastery? Is there a particular feature you use most regularly or couldn’t do without? And is there anything you wish Stitchmastery could do?
The first project I submitted for a magazine was a huge, syncopated brioche stole. When I finished knitting it I realized I had no idea how to write the pattern. The stole was very big and writing each row was definitely not an option, I needed a software to create the chart. That’s when Stitchmastery came in handy! It was perfect! It was just what I needed! I sort of panicked at first because I had the pressure of the deadline and that meant I had little time to learn the software. However, in the end I did manage to use it and I submitted the project on time. I’ve always used Stitchmastery since then.

Most of my designs are about colourwork. I would say that Stitchmastery is great for cables or charts created to explain or instruct about particular stitches, or even brioche; however, sometimes I don’t feel very comfortable creating colourwork charts. I don’t know why, perhaps I still didn’t understand how to create a personal palette of colours (I’ll admit I didn’t try hard enough, ahah) but, besides this, I’ve always used it for all my projects. 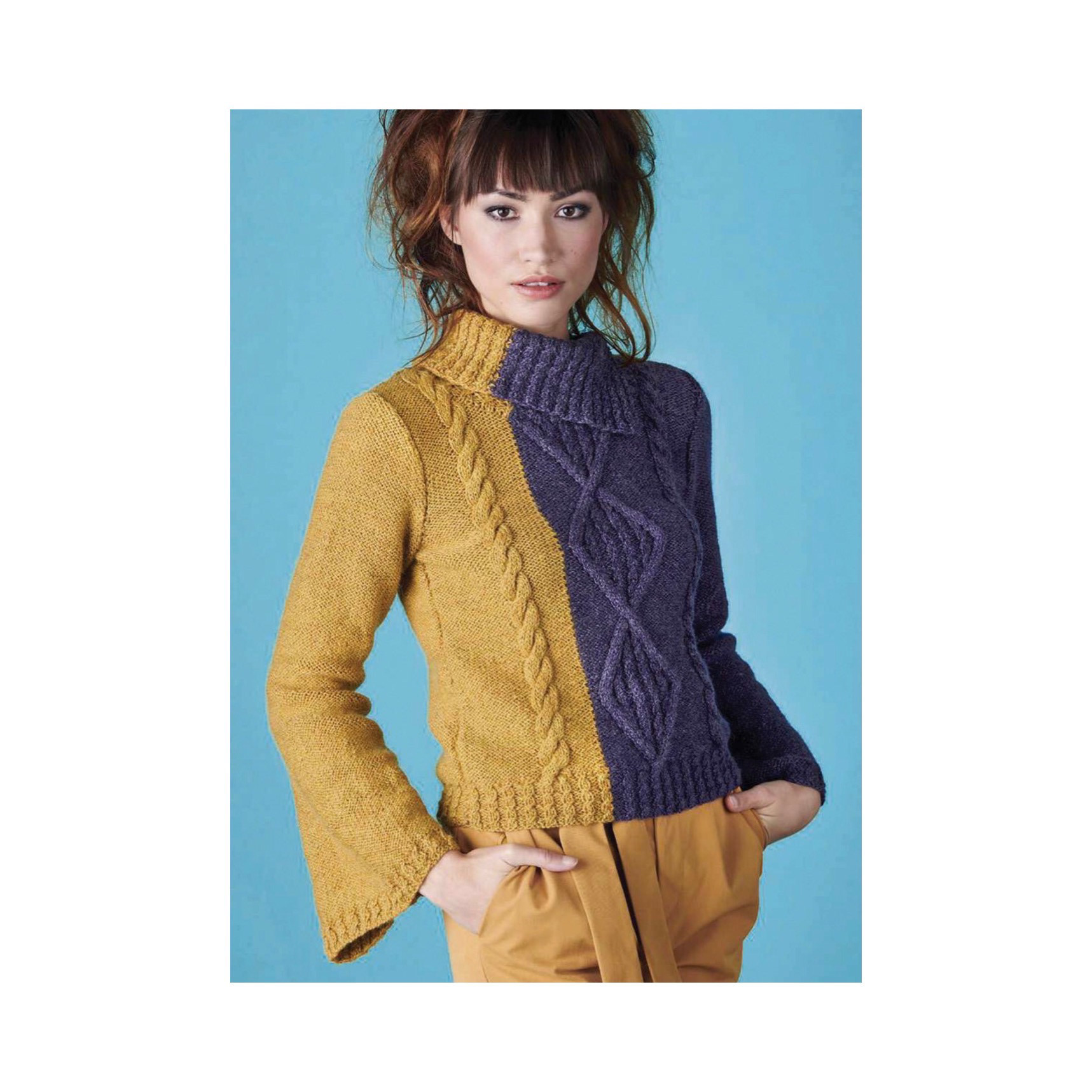 Neva by Dario Tubiana, published in The Knitter Issue 147.

I am very excited about my next projects. I have recently started to introduce embroidery on my sweaters and so far this idea seems to be very appreciated among the knitters. At first I was slightly preoccupied that knitters didn’t want to embroider, I had this feeling that embroidery and knitting are two worlds apart, but the concept I am bringing forwards is that the embroidery on sweater must be done using wool, so that it still remains “wooly”. I don’t want it to look like an embroidery on fabric. That’s way I’ve been using alpaca yarn and mohair for it: ‘cause they’re hairy and make the embroidery look very different than embroidery on fabric. I am very excited to release my next projects and and see what knitters think about it! 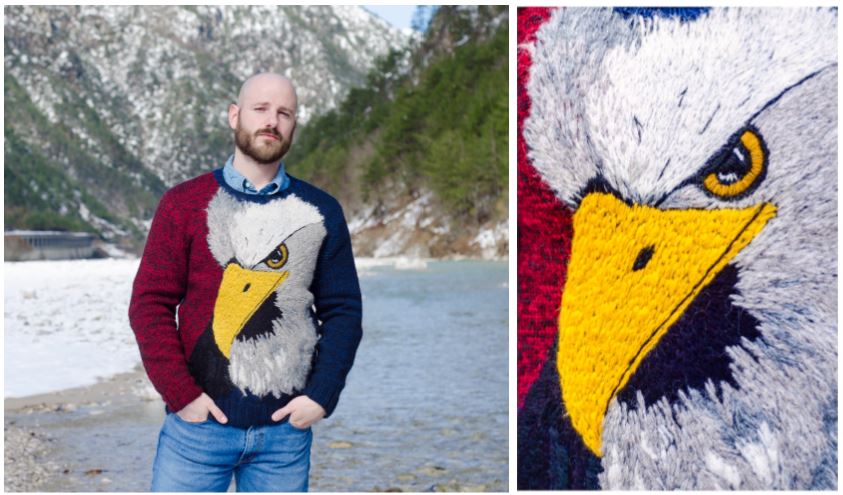 You can find Dario on Instagram at @rosso.cardinale, on Twitter as @rossoC41E3A, on Facebook at www.facebook.com/dariotubiana.rossocardinale, on Ravelry as @RossoCardinale and some of his patterns can be found at https://www.ravelry.com/designers/dario-tubiana. His website is dariotubiana.myportfolio.com.