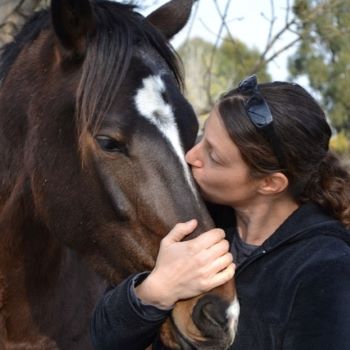 Hah! I am a very unlikely knitwear designer. Growing up, I was the least artistic person in my family and the only thing I wanted to do was to ride horses. My parents knew horses were an expensive hobby so they tried to distract me with all sorts of other things, one of which was craft classes. I learned how to quilt and needlepoint and knit (I already knew how to crochet). I didn’t actually like knitting when I learned it, I thought it required too much counting, so I didn’t really do anything with it for many years. Fast forward many years (and a horse purchase later) to when I was in graduate school and spent most of my time reading which made me very fidgety, and I realized that I could knit basic things while I was reading, which I found very soothing. I began knitting more and more and I found myself with a pregnant horse and an increasing interest in nice yarn. I realized the horses were never going to pay for themselves but figured I would try my hand at designing to see if I could at least feed my yarn habit. Little did I know how it would take off! I am still amazed by all of it! 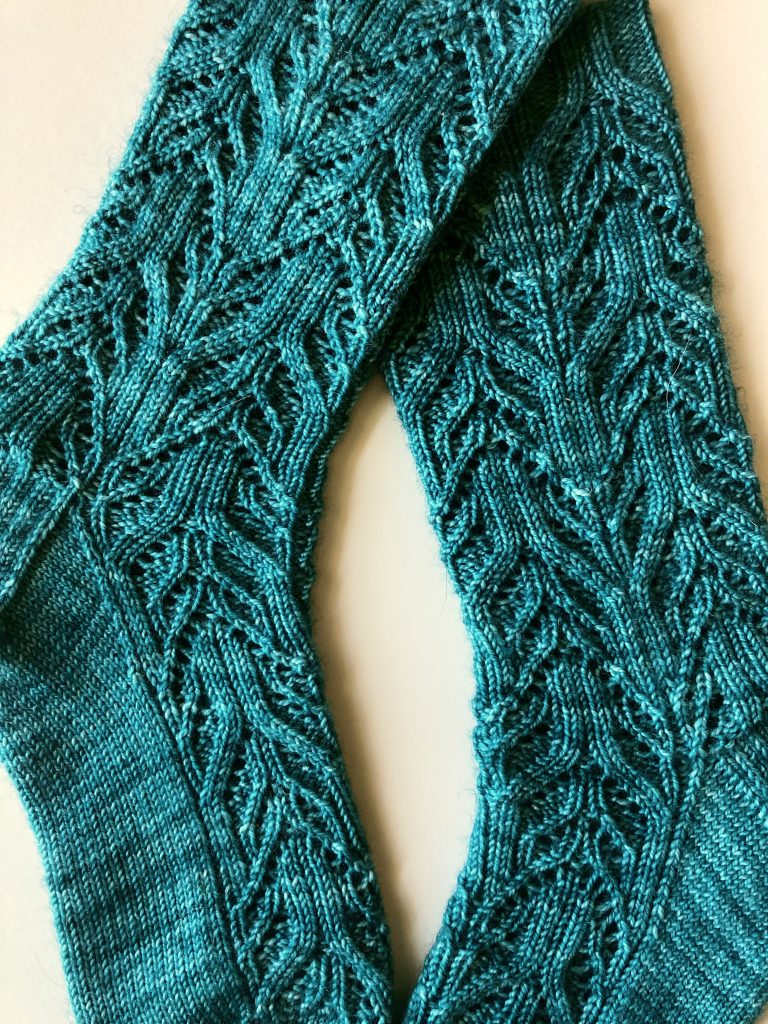 Since I am a scientist by trade and training, I will say that the natural world is a big inspiration for me. I think this is reflected in the names of many of my patterns.

When it comes to designing, I would say that I am primarily a “doodler”. I often have ideas in my head of what I want to knit (e.g. complicated lace or simple and easy to remember patterns) and ideas of what I want the fabric to look like, but then I sit down to “doodle” in Stitchmastery and I often come up with something totally different. This often happens because maybe the math doesn’t work out or the stitch patterns I create don’t look anything like what I wanted them to. Sometimes frogging and redesigning happens over and over until I end up with something I like, but more often than not, I quickly end up with something I like even better than what I originally had in mind! I am more drawn to lace than cables, and definitely not very good at colorwork so most of my work reflects that, I think. Occasionally I will start out with a theme in mind or a mystery KAL to plan out and design around that – I enjoy the challenge of that once in a while but I try not to lose sight of the fact that knitting needs to be fun and relaxing for me too!

I am more of a fly-by-the-seat-of-my-pants designer. It’s terrible, I know, but I have little patience for swatching unless I am really struggling with a stitch pattern and trying to figure out which elements I like and which I don’t. One of my strengths is probably my ability to visualize what designs will look like in different yarns and matching them up to best compliment each. Once I have a stitch pattern charted out, I will go stare at my yarn stash for a while to see if anything fits with what I have in mind.

I will say that designing socks is often much easier for me than shawls. With socks, the big challenge is to get a stitch pattern to fit the math of a sock and to be worked in the round on tiny needles – I love the look of complicated twisted stitch patterns but find they hurt my hands and are tough to get on my feet so I get frustrated by them. I want my sock designs to be “zen” knitting for me (and others) and so design them that way. Shawls take much more planning. With shawls I have to carefully plan out how to use the most yardage from my skein (or skeins) to get the size shawl I want but also make it so that others can get the same result from different yardages. As a result, I have to really plan out shawls and weigh my yarn a lot during the process. 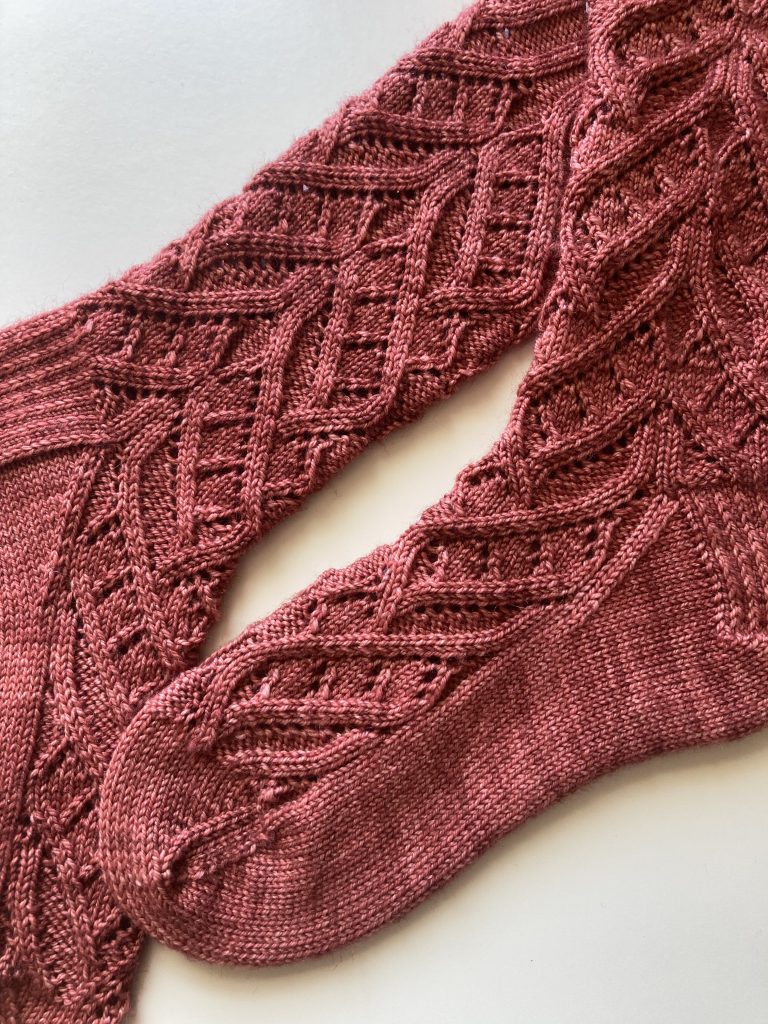 I have been using Stitchmastery for so long now that I can’t even remember how I happened upon it! I know I used a different program before and was never happy with how clunky the charts looked. Since I am primarily a “doodler” in my designing, I will sit down and draw out patterns and fiddle with things directly in Stitchmastery.

I suppose if I had a “wish list” for Stitchmastery, I would love to be able to use it on my iPad too via an app. Often teaching burns me out of wanting to sit at my computer so being able to “doodle” on my iPad would be great!

Well, April is the anniversary month of me starting my designing business officially (about 10 years ago!) so I am currently celebrating by having a sale on all of my designs! As for knitting, this semester has been a crazy one in terms of teaching, but I have two designs in the works right now. First up is a shawl that I am embarrassed to say has been sitting around waiting for me to write it up and take photos of for a few weeks now, and the other is a sock design that I am currently knitting on. I have some sneak peeks of them on Instagram but am hoping to get more photos soon!

You can find out more about Stephanie on her website, and her patterns are available there and on Ravelry. She can be found as @verybusymonkey on Instagram.