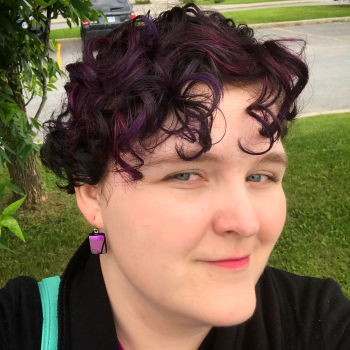 I started knitting in the mid-00s as a university student. I had been working as a Residence Assistant and one of my co-workers in my building was always knitting scarves as a destressing tool. My mother had tried to teach me to knit as a child (though at that time I didn’t show much interest), and that idea of getting into crafting stuck with me. So, when I saw Knitting For Dummies in a discount bin at the mall one day, I bought it on a whim, picked up some dishcloth yarn and needles, and used the diagrams in the book to teach myself all the basics. After that, nothing could slow me down — I wanted to make all the most interesting things, no matter how many more techniques I needed to learn!

I’ve always made changes to patterns when it suited me, but I didn’t start designing unique items seriously until 2018, after I had just left my previous career as a high school teacher. I had my very first submission to a publication accepted that summer (Ferox Socks), and that gave me the push I needed to take my designs from “I’m thinking about doing this thing I love professionally” to “I’m actually publishing new patterns on a regular basis”. Since then, I have self-published well over 50 patterns and had several more designs bought by large publishers, as well as having my more unconventional designs featured in sock competitions.

I have a biology degree and I am a huge fan of just about anything science-related, but especially anything nature-related. I’ve seen every episode of every series Sir David Attenborough has ever made, I think! Most of my designs are inspired by nature, both in obvious ways such as specific animals and plants, and in less-obvious ways like landforms and weather phenomena. I think my weirdest inspiration so far might be parasitic fungi (for the Corallinus Socks)! All of my patterns have a short paragraph about my inspiration; the teacher in me still loves to educate people about science, even if it’s just a little interesting fact or two. 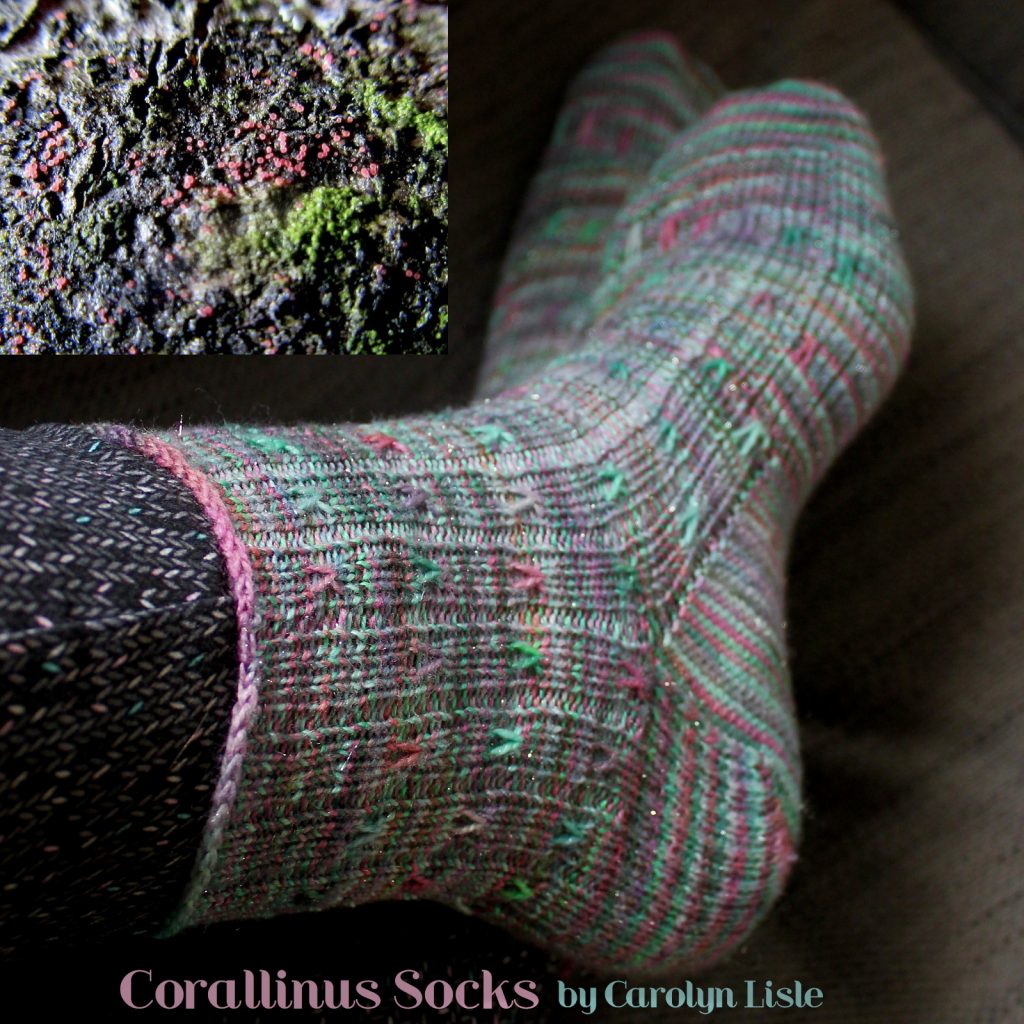 I have a pretty standard personal workflow, but I think it’s different from a lot of other designers. I almost always chart/concept first, then write the full pattern, then knit the sample. I really enjoy experimenting with charts, even when I’m just working in the abstract with no swatching. Playing with charts helped me design some really fun things like the cables in the Sand Gecko Socks and the Drop Zone Socks, for example. Sometimes the chart I was trying to make becomes something even better once I’ve fiddled with things in Stitchmastery for a while too, like the Undulatus Socks, which started as relatively-normal mirrored left/right charts and ended up with charts you can mix-and-match to make dozens of different line-pattern possibilities. I can’t even tell you how many chart files I have that are just waiting for me to figure out how to use them on an actual knitted item!

With that chart-write-knit workflow, and since I enjoy the writing part so much, most of the time there’s a gap between writing the pattern and knitting the sample for me. I currently have something like 30 patterns written in full but unpublished because they’re waiting for me to knit their sample… some from as long as four years ago! If it’s been a long time, I’ll do some editing right before I start a sample knit to make sure it’s up-to-date with my stylesheet, but I still like to have that finished pattern available that I wrote when the idea was fresh in my mind.

The main reason why I really like to have a complete pattern to work from when I make the sample, even if it ends up needing a lot of rewriting as I go (and even if I need to frog it and archive the document because the results went so badly wrong, which has definitely happened a few times), is that I put my needles where my pattern is, to totally butcher a turn of phrase. I insist on making my own patterns by actually reading and following the instructions — not just by improvising, even if I could have easily made it that way — before anyone else tries it. I never send a pattern to others that I haven’t first used myself! By doing that, I catch a lot of obvious mistakes, fit problems, and wording issues in my own work and fix them long before it reaches the editing and testing stages. That makes answering pattern support questions much easier for me, and having a much cleaner version of the pattern to begin with frees up my editors and testers to focus on giving me feedback I genuinely would not have thought of myself. 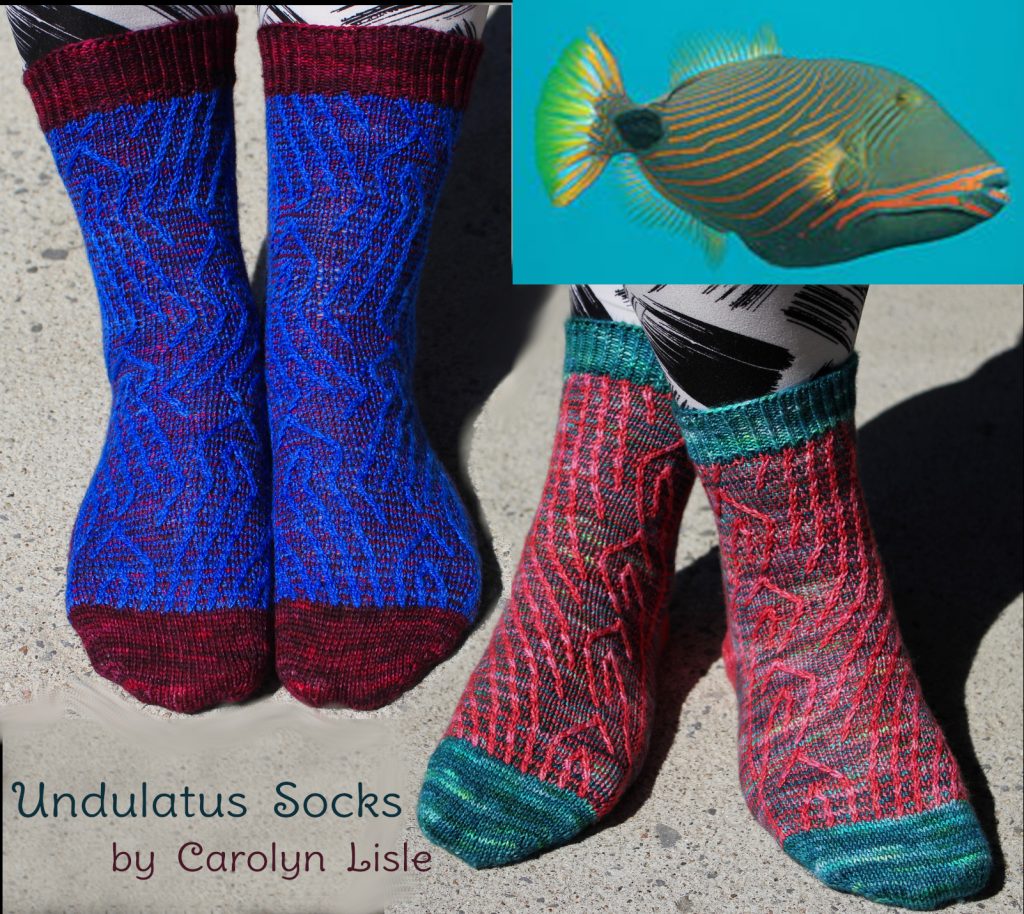 I chose Stitchmastery because it is a truly comprehensive charting program. I like to invent new textures and try unusual ideas, and Stitchmastery has never held me back from making a professional-looking chart diagram that conveyed visually what I wanted people to do. I was able to use it to make simple charts right away when I started using it, and when I needed a more complex chart or I wanted another level of customization, there was always a way to do that on Stitchmastery that worked well. The program is easy enough to use on a basic level that it’s not too intimidating for new designers, but as you become a more skilled user, the clever features in the program help make you more efficient at making the chart and the pattern document work together well. The help videos are an excellent resource.

The written instructions generation is a key feature for me (I prefer using charts, but my patterns always include both), as is the ability to make custom stitches. Although I could probably rename existing standard stitches for some of what I do that’s unique, it’s much clearer for knitters if a non-standard cable or textured stitch has a symbol that looks accurate in terms of how it is worked as well as what it looks like when it’s done.

One issue in written instructions that Stitchmastery doesn’t handle is nested repeats. As a workaround, I maintain two text template stylesheets that are identical except for the implicit repeat formatting. Then, I use my “nested repeats” template when most of the program-generated repeats in a chart are contained within repeats I made myself, and then I manually fix the ones that aren’t nested to match the correct formatting in the pattern document itself. But in general, Stitchmastery tends to have nearly every feature I need, even if I didn’t realize at first that it was available to me. I’m always discovering new things about it that make my pattern-writing easier. 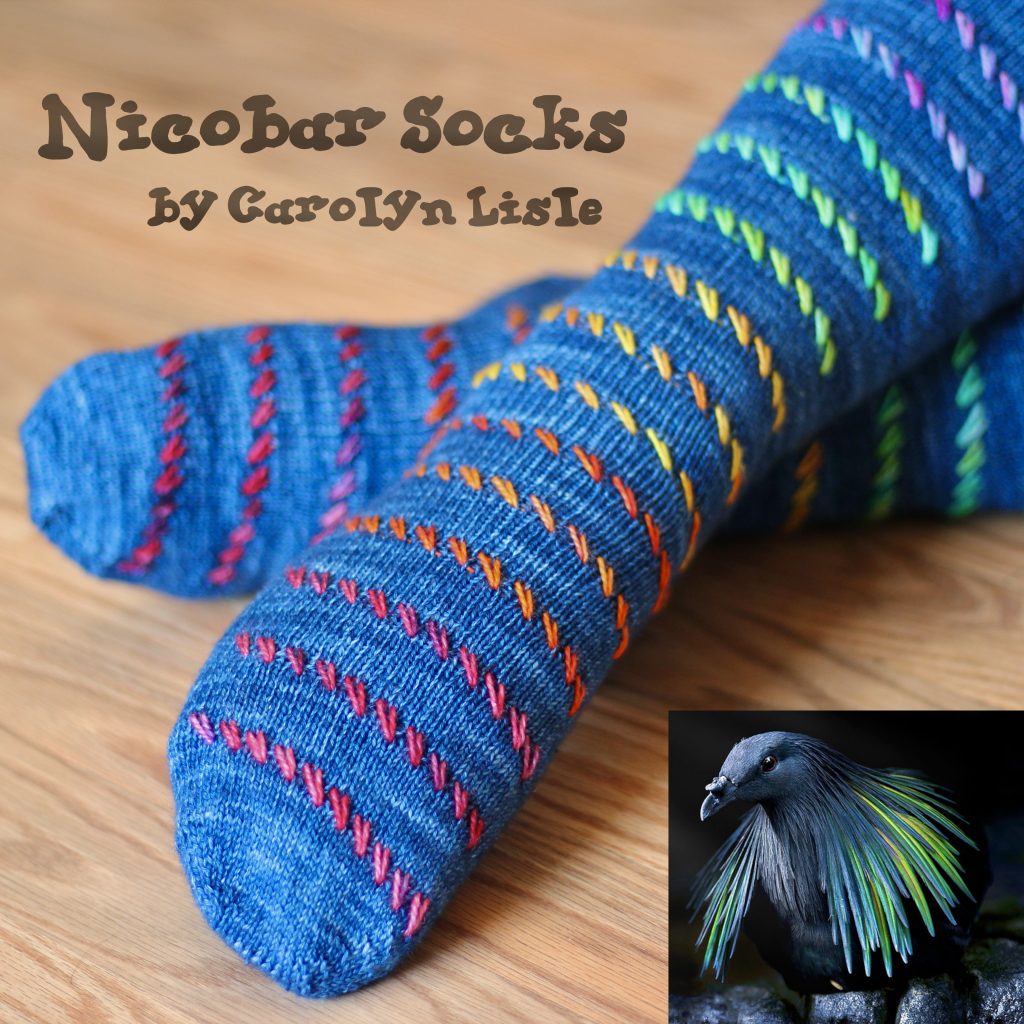 My latest pattern is Cloud Forest Socks, which uses one of my favourite techniques — elongated stitches! The texture is surprisingly easy to work, with an intuitive four-round repeat over nearly the entire sock. I made the initial chart and wrote the pattern two years ago (as is my workflow sometimes), and at one point I planned to submit it to a print publication. But when I made a swatch, I loved the results too much to sell the design to someone else! Finally, this spring the pattern made it to the top of my design-sample queue and it turned out beautifully. After making my own sample, I made a big change — I added a second chart with more width to make sure that you get just as much pattern impact from a larger size as you do from a smaller one. That’s one bonus advantage from working the way I do (chart-write-knit): because there is frequently a pause for me between writing the pattern and actually making it, I look at my own work critically and with some distance when I pick it back up. Sometimes that leads to big improvements to the design that I didn’t think of when I first started plugging some cables into a blank Stitchmastery chart diagram!

I have several more designs using Stitchmastery charts on the way in the second half of 2022 as well, including some decidedly on-brand weird inspirations such as a rainbow-coloured insect, computer technology nostalgia, and my love for the most frigid parts of Canadian winters. With lots of patterns in the backlogged sample queue, I always have more ideas than time to knit them! 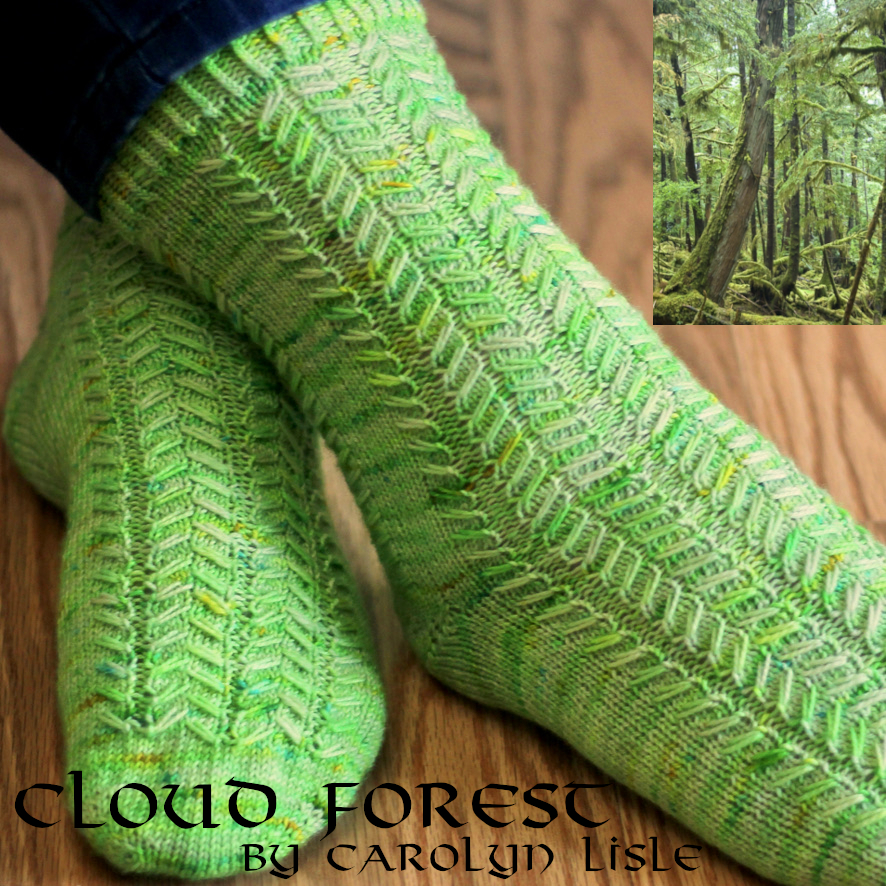 You can find out more on Carolyn’s website, and her patterns are available there and on Carolyn’s Ravelry page. She can be found as @peridragon_designs on Instagram.