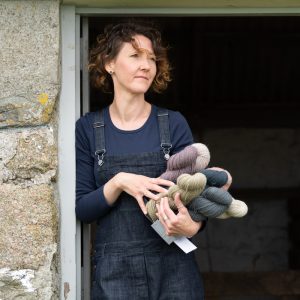 1) When did you start designing? Could you give us a potted history of your yarny background?

I learned to knit at a young age and have always loved making things. I loved art at school and really wanted to pursue it further but most of the advice I got was to study a “real” subject in order to get a “real” job, so I chose to do a degree in Zoology and specialised in Marine and Fisheries Biology at Aberdeen University. When I moved back to Shetland I worked for a while in a salmon hatchery before moving to the Fisheries College in Scalloway where I worked as a lecturer and research assistant. All this time however, I always dreamt of having my own business doing something creative and in 2001 I took the plunge and left my job and went to the Shetland College to study Art and Design. At the end of the college course I set up my business but ironically decided to stay clear of knitting. Other people were setting up businesses selling knitted items and it seemed too traditional and maybe even too obvious! At that time I never even considered that designing knitting patterns could even be an option. I had become interested in felting as a way of using the fleeces from our family’s flock of sheep and went on to develop and produce a range of hand felted products and accessories that I sold to shops and online for several years.

Since I was so busy with my other textile work, I set knitting aside for many years until I picked it up again around 9 years ago when my son was born. I grew up being surrounded by knitters; my Grandmothers and Aunts all knitted garments and sold them to make a bit of extra money, so they all seemed to be knitting constantly (that is maybe also why I wanted to pursue a different type of craft as it often seemed to be a chore!). My Mum was very artistic and knitted and sewed her own clothes that she designed herself. Knitting patterns in Shetland are very often not written down, in fact you could say there is a sort of “formula” to creating a garment rather than a pattern. My Mum passed away 2 months before my son was born and it was in those following months and years that I thought a lot about how traditions and skills are passed on through families and I realised I hadn’t paid a lot of attention to what all these knitters were really doing. When my son was one, I went to a Fair Isle knitting evening class in the local school with a friend. The class was taught by local knitter Wilma Pottinger and from that point on I was completely hooked. In 2015 I was asked to be patron of Shetland Wool Week, an event to celebrate Shetland’s wool and its related crafts. I was asked to design a hat pattern to help promote it, that was the Baa-ble hat and was my first written knitting pattern. That sparked off my journey into pattern writing, I began to work on other designs and write the patterns and things have almost grown organically since then.

I take a lot of inspiration from my surroundings; it might be the natural environment or a pattern on a piece of fabric or a tile for example. I am often inspired by knitwear that was created by my family that I have in my collection or can see on old photographs, as well as Shetland’s traditional patterns and techniques. Often my inspiration is not visual but might be from a story or an idea.

I think it changes with each design, but very often I visualise the finished garment right at the beginning. Often, I have an item of clothing that I need something to go with and imagine a particular shape which I might then think about adding a pattern to. For example, I have just recently finished designing a cardigan and jumper with a cropped fitted shape to go with a skirt I have hanging in my wardrobe. I will usually sketch the idea, then swatch and work out stitch numbers to cast on. Then I start knitting and see what happens! Usually if it has a colourwork or lace pattern I will chart it first, then swatch and then knit the garment. If it is a Fair Isle garment for example, I will create the chart on Stitchmastery and use it to try out different colour combinations and pattern repeats etc. Being able to quickly change all the colours within the chart is very useful and a quick way to see different combinations rather than having to knit many swatches and from there I work out stitch numbers and pattern repeats.

I looked into various programmes and was recommended Stitchmastery by my tech editor at the time. The main reason I went for it was its ease of use and because the written instructions are produced as you create the charts which saves so much time and is probably the feature I like the most. I often find myself wishing Stitchmastery could do a certain thing and then when I look into the help section or on the blog, I discover it actually can – I just didn’t realise it! I wish Stitchmastery could write the finished pattern for me, that’s probably the part I enjoy least!

I am also working on a couple of publications which will feature collections of patterns. I am keeping the details secret for the time being, but I am hoping the first one will be out later on this year.

I have my own line of yarn that is spun from the Shetland fleeces from the flocks of friends and neighbours and includes that from our own sheep. I have been dying it with natural dyes and am currently converting a room in my house to a dye studio so I can produce more dyed yarn at one time, and I get my kitchen and utility room back! 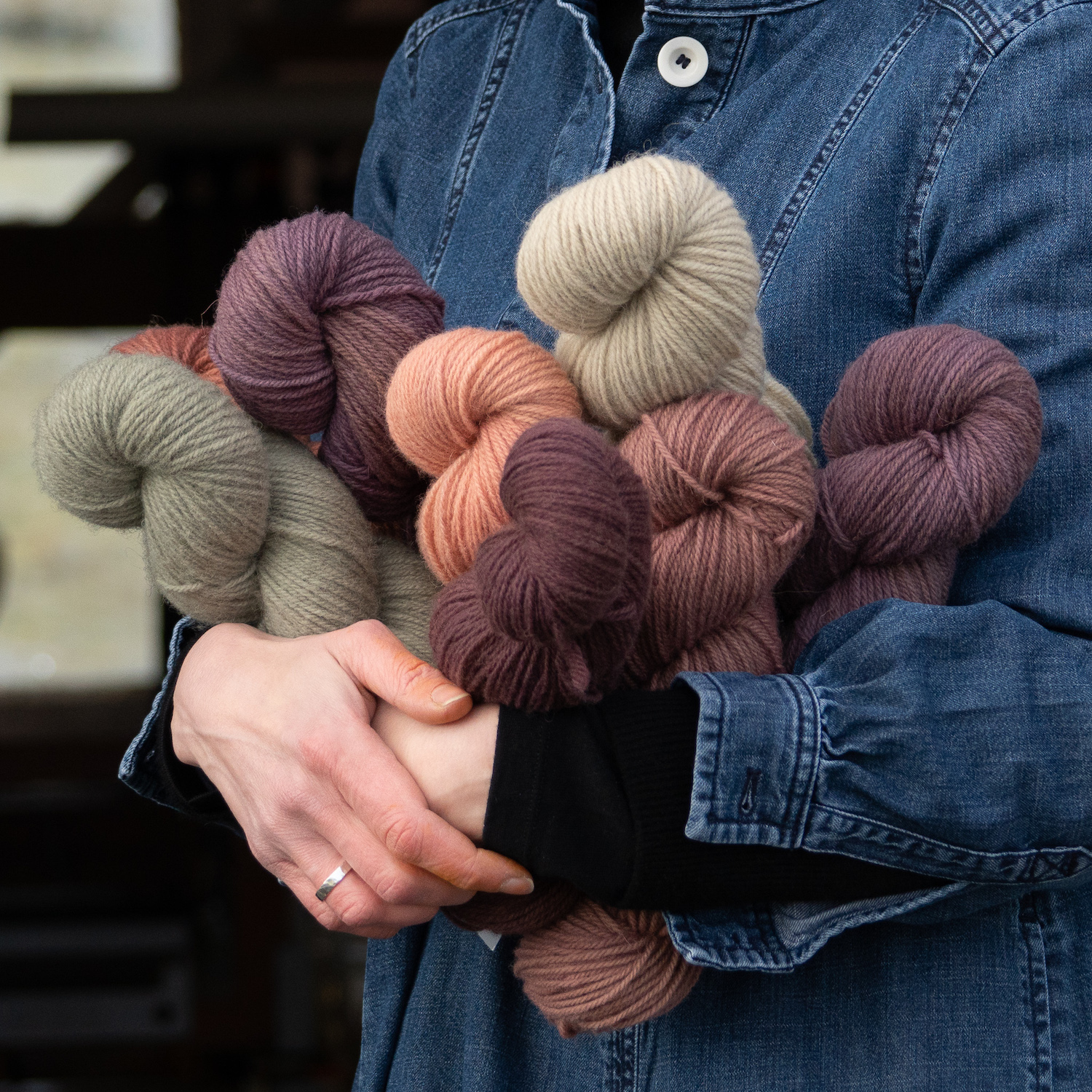